It is not about Loughner or Palin, its about the Republic

Think back to the 2008 elections. How did Barack Obama, almost a complete unknown, become suddenly elevated to such a position that he could win the Presidency? The mainstream media and the political forces that underwrite Obama worked together and he was elected. A far left socialist mentored by extremists and with a political viewpoint that confronted the idea of American exceptionalism was made President. It was clear to any objective observer that Obama was elected by cultural Marxists to take America down the same road as Europe. 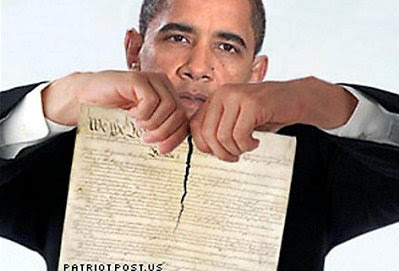 The realisation that Obama was leading an attack on America from within, and that the mainstream media were his troopers, led to the growth of counter forces. First of all, it was recognised that an objective and informative mainstream media no longer existed. It was gone and in its place was a leftist propaganda machine. The forces that arose to counter this perversion of democracy were the internet, talk radio and FOX News cable television. Most important of all, we got the Tea Party, a spontaneous uprising of Constitutional government mainstream Americans. These were the conduits for ideas the left would not otherwise allow into the mainstream.

These ideas were aimed at retaining and reinforcing America’s exceptionalism. They included a return to the importance of Constitutional governance. They emphasized the importance of the Republic. All ideas that run strictly counter to Barack Obama’s ideas for America to become just another social democracy in a UN controlled world. The people who spoke about these things were (among others) Rush Limbaugh and Glenn Beck and Sarah Palin and the Tea Party.

The left seethed. There had to be a way for them to silence this strong opposition. To maintain and expand their otherwise complete control of the political debate. The success of the Obama plan, the conversion of the US from a Republic into a European style social democracy, depended upon it. The prize was slipping away.

A madman with a gun killed six people and injured 12 others in Arizona. The leftist propaganda machine leapt to use the event to attack the forces that threaten their control. The same forces that brought Obama from relative obscurity to US President now conspired and acted to bring down those who had become a serious impediment to their plans. The leftist power bloc of Democrats and media blamed Sarah Palin, Rush Limbaugh, Glen Beck and the Tea Partiers.

This is not about Jared Loughner or Sarah Palin anymore. This is a naked display of hostility towards America by traitors who have conspired to destroy the Republic from within. Recent widespread attacks on the Constitution have confirmed it. These traitors are asking that “the violent rhetoric” be stopped. There never was any violent rhetoric, except from them. Especially when they try to smear Conservatives as accessories to murder.

Roger Ailles (FOX News owner) asked that his presenters tone down the rhetoric. He’s wrong. Completely wrong. Because he is allowing traitors to frame the debate. The truth is there needs to be much more said and its needs to be said louder and it needs to be directed at those who are leading the campaign to close down political debate in order to destroy the Republic.

Wake up America. You are being defeated from within. Never has there been a more naked display of treason and treachery as the latest attacks on freedom of political expression and pro-Constitutional forces. You are on the cusp of losing your Republic. If you do not strongly confront the left right now, then you will loose it.

It is not time for toning anything down. It is time to speak louder and stronger and to step up to the plate and take your country back from a fifth column of traitors and treasonists who have converted the mainstream media and the Democrat Party into an insidious un-American force for evil. You absolutely must repel this force if you wish to retain your Republic. Do not under any circumstances, tone down your resistance. Rather, you must redouble your efforts.

By Redbaiter at TrueblueNZ
http://truebluenz.wordpress.com/2011/01/11/it-is-not-about-loughner-or-palin-its-about-the-republic/#comment-1235
Posted by mawm at 5:22 pm

Good stuff! Hope you don't mind if I follow you